The integration of the ARCAM system on the new LCI studio 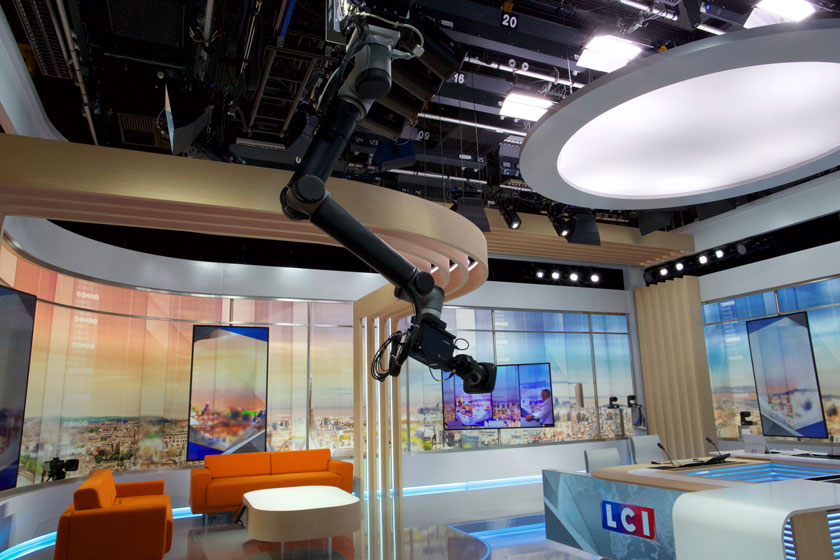 At the beginning of 2015 the TF1 group, had a desire to review and renew their capabilities to coincide with their channel change. It was then that they launched the “LCI  2016” project to create a new studio.

Following the positive feedback from existing  users of the system, the Technical Director of Production, Lionel Barbier, discovered the XD motion products and approached XD motion to explore all of the solutions and possibilities that the ARCAM system offers.

To ensure that the ARCAM system was available for scrutiny by all stakeholders from directors, to operators, to managers, a one-week long on site demonstration of the product was organised in December 2015 on the former LCI studio. In that week, the ergonomics and flexibility of the system instantly convinced the different teams that they had found their solution.

A challenge: from research to development

The test being conclusive, in March 2016, the technical team of LCI proposes to XD motion a challenge to be met: to create a single system able to control all the cameras present on the future studio. LCI’s intention is to simplify as much as possible their control room and the work of the operators by centralizing the control of all its robotic camera systems. The goal is to control the ARCAM system on dolly and 13 PTZ HE130 from Panasonic with a single software and a single remote.

Led by its technical director, Nicolas Rolland, the XD motion team is looking into this new challenge and the French start-up, thanks to its responsiveness and listening to the user, is the only company able to put forward a solution within the time limit.

The user at the center of attention of XD motion

In an effort to put the end user at the center of the development of its software, XD motion works in conjunction with future operators. The goal is to best adapt the control interface according to their expectations. The simplification and versatility of the workstation offers the operators a comfort of use and daily work.

In order to allow LCI to gain space in the studio, we introduced the possibility of fixing the dolly to the ceiling during a demonstration in our installations. This configuration of the system also allows them a greater freedom of movement and all this without worries of obstruction of the light.

In June 2016, the system is operational and Quentin Mayet, head of training at XD motion, visits LCI for a week of training for operators and maintenance technicians.

…may lead to another

XD motion working on a new software even more powerful and collaborative than the version currently used by LCI, the latter will be equipped with this new software as of its exit in 2017.

The work of the technical team of XD motion will have convinced this big French group and another project is underway for the installation of an ARCAM system on the set of the TV news of the first French national channel, TF1. 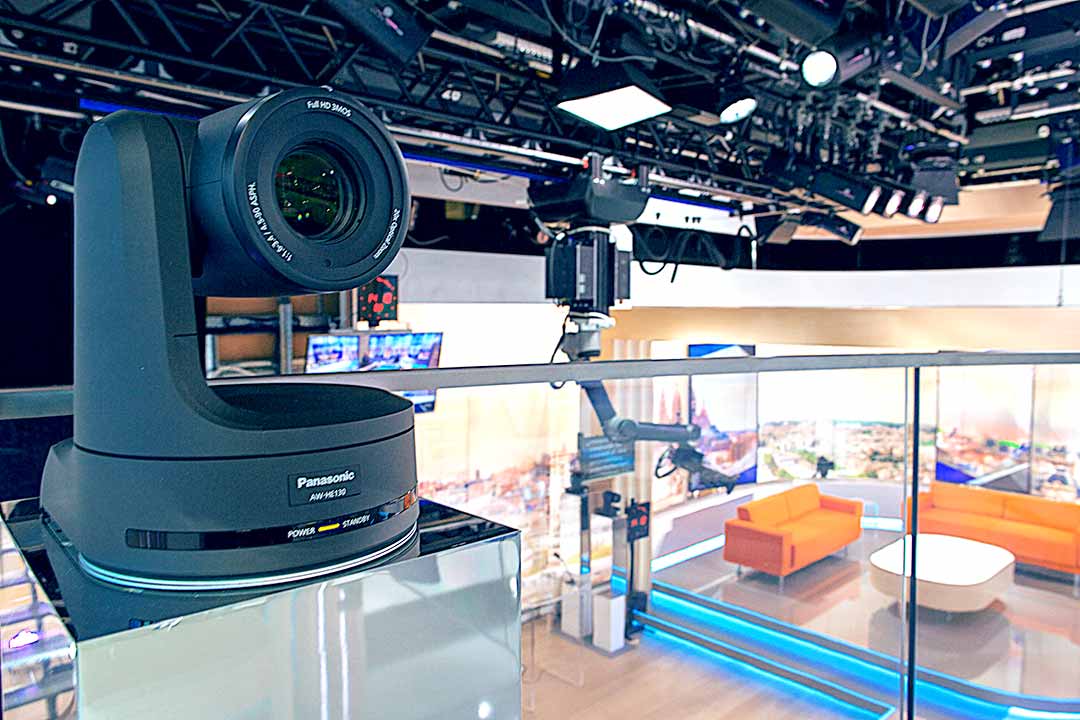 Their equipment: 1 ARCAM system with dolly fixed on the ceiling and PTZ control plugin

This website uses cookies to improve your experience while you navigate through the website. Out of these, the cookies that are categorized as necessary are stored on your browser as they are essential for the working of basic functionalities of the website. We also use third-party cookies that help us analyze and understand how you use this website. These cookies will be stored in your browser only with your consent. You also have the option to opt-out of these cookies. But opting out of some of these cookies may affect your browsing experience.
Necessary Always Enabled
Necessary cookies are absolutely essential for the website to function properly. This category only includes cookies that ensures basic functionalities and security features of the website. These cookies do not store any personal information.
Non-necessary
Any cookies that may not be particularly necessary for the website to function and is used specifically to collect user personal data via analytics, ads, other embedded contents are termed as non-necessary cookies. It is mandatory to procure user consent prior to running these cookies on your website.
SAVE & ACCEPT